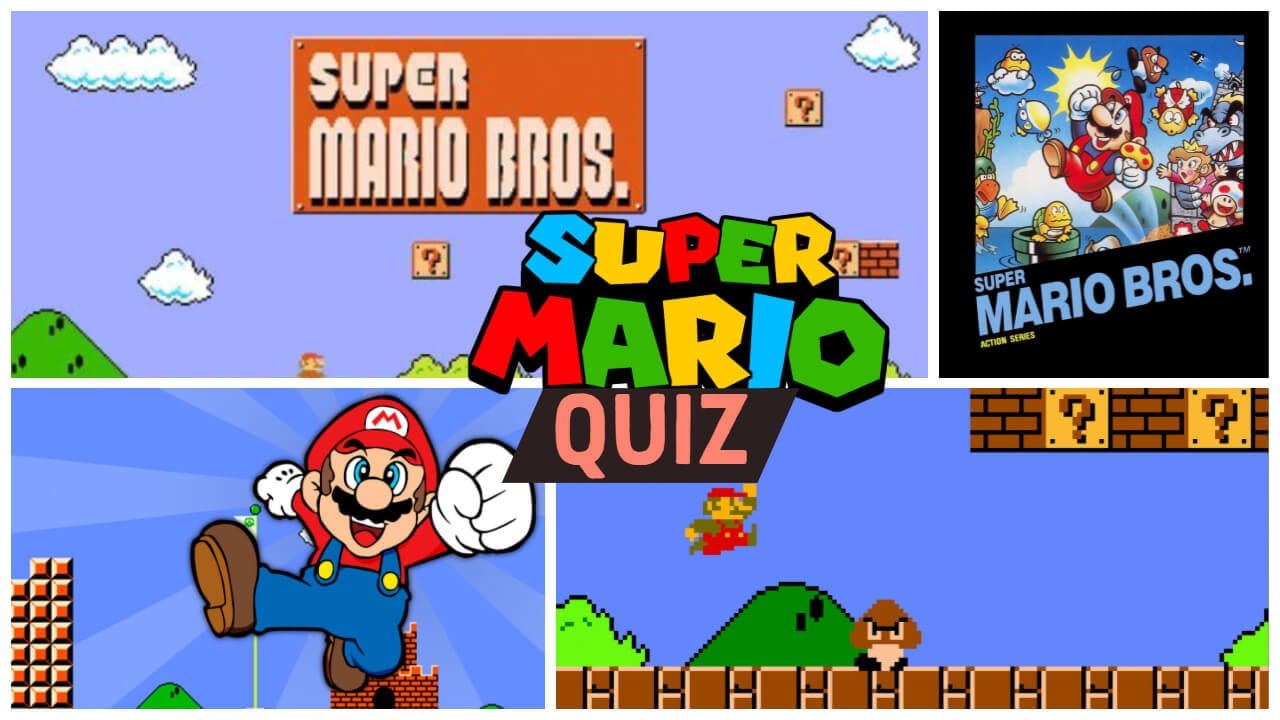 The main character of the game is obviously Mario! This little guy is trying to save the princess from a big bad dragon-turtle-like beast. After each world (level) he encounters this monster and fights it. However, after Mario wins the fight he notices that the princess is in another castle. And it goes over and over again.. poor Mario. But don't worry! You can help him by completing this Super Mario Quiz!

You may also like: The Legend of Zelda Quiz

Want to know more facts about Mario and in general about Mario Games? Check The Guardian's Super Mario Bros: 25 Mario facts for the 25th anniversary.

In order to complete the Super Mario Quiz, you have to answer every question correctly. That's not all. If you fail to answer a question, then you will be redirected to the very beginning of the quiz, so be careful.

Do you know enough about Mario to reach the final page with ease? Good luck!

Back to Top
Close
We use cookies to ensure that we give you the best experience on our website. If you continue to use this site we will assume that you are happy with it.OkPrivacy policy