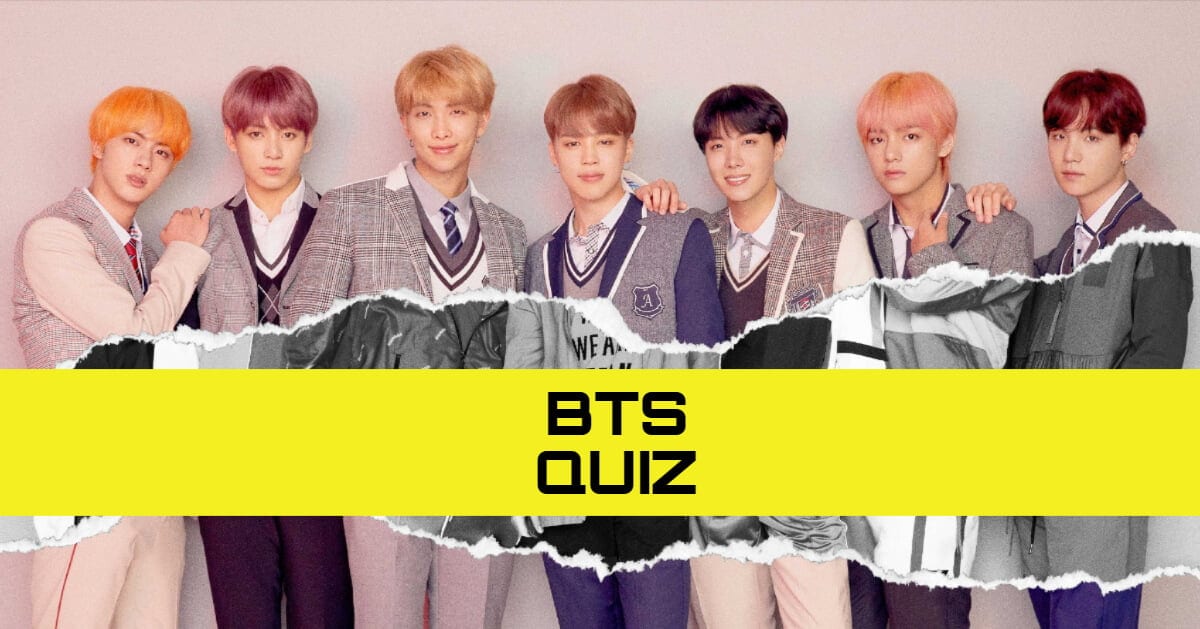 Bangtan Boys (BTS in short) is a South Korean boy band that consists of 7 members. How well do you know the crew? Can you list all members one by one? Do you listen to BTS on a daily basis? Finally, are you one of their biggest fans? If your answer was 3 times YES, then you definitely have to start the BTS Quiz and see if you can answer all of the questions correctly.

BTS was formally founded in 2013 when the group released their debut album named "2 Kool 4 Skool". Their main music genre was hip-hop, but over time Bulletproof Boy Scouts have started to expand their horizons and tried different genres of music, like k-pop or R&B. Later on, Bangtan Boys released many more great studio albums both in Korean (i.e Dark & Wild) and Japanese (i.e Youth) language. Despite the fact that BTS isn't singing in English, they still gather millions of fans all over the world. As time passed, from 2013 to this day, BTS has become one of the favorite Asian boy bands in the world. In 2019, the group has reached 5 million streams on Spotify, being the first Asian band to achieve this.

We've got some fun facts about BTS before you start the quiz, they may also help you to complete it with a maximum score!

The rules are simple. The quiz consists of 11 questions. You will be asked one question at a time and will have to choose from 4 answers, where only one is correct. After each question, you will be able to see if your answer was correct or not. At the end of the quiz, you will see your total score and correct/incorrect answers list. So, are you ready to start the quiz about your favorite band? Show the power of A.R.M.Y and aim for a maximum score! Good luck!

Back to Top
Close
We use cookies to ensure that we give you the best experience on our website. If you continue to use this site we will assume that you are happy with it.OkPrivacy policy